You are here: Home » Blog » Blog » Archives for twitter 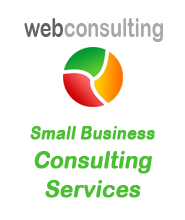 Feedback:
No Nonsense SEO‎‎
I was recommended by a friend after she got great results when on the advice of WebConsulting she diverted funds from Adwords into SEO. Andy has been a great help and our website is now highly ranked in a very competitive niche.
Sarah - Coorparoo
Rating: 5